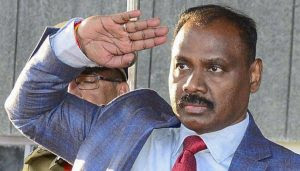 Lt. Governor Girish Chandra Murmu has announced to launch a ‘Macadamisation Program’ for the improvement of roads in Jammu and Kashmir. Murmu has approved a program for 100 percent macadamization of all roads. It wll also include 11 thousand km of roads in the Union Territory.

For the launch of this special program, the Lt. Governor also announced Rs 200 crore as first installment to the 65Public Works Department so that macadamisation work on major roads could begin immediately. Morover, they will also see the selection for laying coal tar on every road.