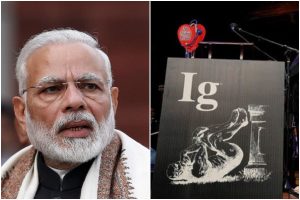 Prime Minister Narendra Modi got the IG Nobel Prize for the year 2020 for medical education. According to the organization, he got the prize for “teaching the world through the COVID-19 epidemic that scientists, besides scientists, can also play an important role in saving people’s lives”.