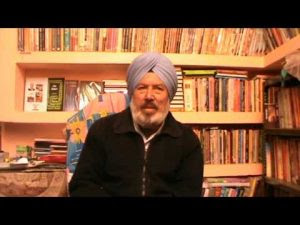 A book titled “Suraj Kade Marda Nahi” has been written by Baldev Singh Sadakarnam, who was awarded with Sahitya Akademi. This book describes many aspects of freedom fighter Udham Singh. Unistarks has published this book. The book will be formally launch on July 31, 2020, because it is the 80th death anniversary of Udham Singh.

The book describes some facts related to Colonel Reginal Dyer, also known as the culprit of Jallianwala Bagh. Apart from this, it also describes the murder of former Punjab Lieutenant Governor Michael O’Dwyer by Udham Singh at Caxton Hall, London on March 13, 1940.

Baldev Singh Sadakarnam got the Sahitya Akademi Award in 2011 for his novel Dhaahwan Dilli De Kingre. Apart from this, his novel “Suraj Di Aakh”, written on the life of Maharaja Ranjit Singh, won the Dhahan Prize. His other novels include Sadakarnam, Lal Batti.