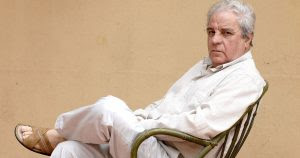 Spanish novelist, Juan Marse passed away. He was one of Spain’s most respected novelists for the past few decades. Also, he was the winner of the 2008 Spanish-language Cervantes Prize, the world’s top literature prize. His most famous novel was “Úlitmas trades on Teresa” (“Last Afternoons with Teresa”) which came out in 1965.